Adriano Medeiros, an accomplished Brazilian driver, recently got behind the wheel of the BRDC British F3 Tatuus-Cosworth, and declared it “the perfect step into European motorsport” for any aspiring Grand Prix hopeful from South America.

Medeiros, who has competed in a wealth of motorsport categories with great success, including Formula Ford and the NASCAR Euro Series since moving to Britain, tested the car at Bedford Autodrome. In damp conditions, he completed a number of runs on the South Circuit and pushed the car to its limits.

“My first impression was that it was very well balanced,” Medeiros said. “The car is very responsive and the grip levels are amazing too. You can really feel the downforce but then the sheer acceleration of the car is amazing. It is absolutely everything that you expect from a high-level single-seater.” 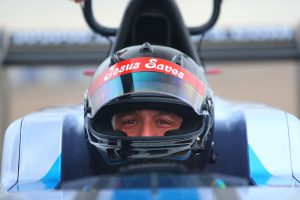 He continued: “I immediately felt at home with the car. The technology is there and the engineering of the car is there. The way it responds, it does exactly what you ask it to do. Formula 3 has always been about plenty of downforce and a technical challenge and this car meets all of those expectations.”

British Formula 3 has always been a brilliant proving ground for South American drivers, with Ayrton Senna and Rubens Barrichello both winning the championship en route to Formula 1. Last year’s BRDC British F3 Champion, Brazilian Matheus Leist, continued that success and Medeiro believes that the championship is perfectly positioned to help drivers from the continent make the transition to Europe. “It is the perfect step. South America is lacking in categories which prepare you for the upper echelons of world motorsport. This British F3 car prepares you for the downforce and power, but also enables South American drivers to learn valuable engineering and language skills.”

A successful driver coach too, Medeiros believes that racing in British F3 helps his fellow countrymen to practice skills which will become valuable on their motorsport journey, stating: “You have to be able to perform in loads of different weather scenarios. Tyre warming is completely different and, as the whole of the motorsport world speaks in English, communication is key. I have seen drivers jump straight to FIA European F3 and it is a mistake. They don’t learn things they need to and they are racing against drivers who have been here all their careers.” 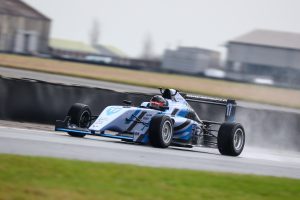 “Everything in BRDC British F3 is geared up for education so the learning curve is much easier. It is an incredible car, you are put to the test on amazing high-speed and technical circuits and you can travel and test on most of the tracks whilst saving money on logistics. I would absolutely recommend it to anyone,” Medeiros continued.

The usefulness of the category to South American drivers was proved last year with Brazilian Matheus Leist being crowned the 2016 champion, and fellow countryman Enzo Bortoleto regularly challenging for podiums.

For more information on the BRDC British Formula 3 Championship, visitwww.britishf3.com.