After a three-month summer breake, it is time to rev up the 500 horsepower V8 engines. Brazilian V8 Stock Cars open its 40th season this Saturday at 4:30 pm GMT (1:30 pm in Brazil) in Interlagos with the All-Star Race, in which the regular drivers share their cars with stars from all over the world. 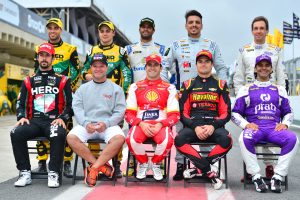